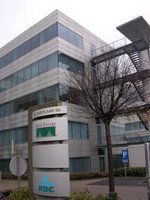 That’s what people always say when someone fails.
In my case, I still can’t learn from my mistake.
I still don’t understand why I failed.
I still can’t accept the fact that I failed.

In the D-day, I walked to Cisco office from my hotel around 7.30. The lab itself started around 8.15.

My first problem: the pre-configuration of my equipment was wrong. The IP addressing was completely different between what’s written in my questions and what’s already configured by Cisco. I spoke to the Proctor and he told me he would fix it in no time.

After 30 minutes, my Proctor told me he has fixed the pre-configuration. He mentioned that he would give me 15 minutes extra time to compensate the time that I lost. I didn’t say anything. I told myself, who need 7 hours and 45 minutes anyway?
I would complete the lab before 2 pm.

And I did. I completed all my labs before 2 pm. I spent the rest of the time to re-check my configuration. Three times.
In the question, sometime Cisco provides you command output or screenshot of what you should achieve with your configuration.
I did them all.
My command output and my screenshot were exactly the same with them.

After the time’s over, I came to my proctor and asked him to grade my lab directly. He told me he’s not the one who would grade my lab.
I was really disappointed.
I told him, during the exam I discussed a lot of thing with him, explain to him why I configured something with certain way. But if someone else will grade my work, then he would not have any clues about this discussion.
One example, I told him that I found a bug in ISDN with 12.15T software code. I can’t answer the question because there is a bug, not because of my configuration. I can discuss this issue with my proctor. But the other proctor who will grade me would not know this. If he just checked my configuration and it didn’t work, he would think that my answer is wrong.
My proctor told me, don’t worry about that. Cisco has already noticed about that bug.

But I assume they didn’t.
At least this is what’s shown from my Lab report the next day.
I lost 50% points in ISDN.
As expected, I got 100% points for Switching, IGP, BGP, AAA and IDS sections. But I don’t get full points for PIX Firewall and VPN. I can’t believe it. Especially for my VPN. I'm really confident with VPN. During the exam, I completed VPN configuration only in few minutes. And I tested them several times.
What can be wrong?
I got very low score in Network Attack, and IOS features.
I can’t believe my eyes.
I may not be able to get 100% in those sections, but how come it’s really low?

My proctor told me in the exam, as long as your output is exactly the same, as long as you can answer all the requirements without violating the obvious rules, then you will get the point. But did the other proctor who graded my work have the same concept with this?

I’m not looking for an excuse.
CCIE is about 1 or 0: You pass or you fail.
But my question is, why did I fail?
If I can achieve all the requirements that they asked me in the question, why didn’t they give me points?

That’s the email I sent to Cisco. I told them I have done everything asked in the questions in my lab. I have done them all. I have tested them all.
If it’s wrong, it means something completely wrong with my concept.
And that makes me feel really bad.

No more posting until I find out the reasons.
Posted by Himawan Nugroho at 12:12 PM

WOW man , damn , I know the feeling ... it's DEFINATELY frustrating when you dont know why you failed ... And I personally think it doesnt help not to give the reasons why ...
I think the CCIE lab is the worst part of the Cisco certifications... not cause of difficulties ... but mainly cause of the fact that depending on the proctor you wont have the same amount of points ...