Email ThisBlogThis!Share to TwitterShare to FacebookShare to Pinterest
Labels: Experience

Yesterday was the independence day for my country. I must be grateful since I don’t have to go to war anymore like my ancestors just to get my freedom. I like to be free. I love being independent. I think one of the best moments in my life is when I was working as independent consultant in Dubai to do several projects with my previous customers. I was able to give my advice during vendor selection process without any pressure. I compared all the products and produced the most honest report since I had no interest or attached to any vendor.

So independency is important for me in so many aspects. And I use it as main consideration when I have to choose my next career. In working hours and working place, for example. I love to be given a freedom to choose my own working hours and the place to work. I can sleep in a day and stay awake the whole night to do the project from my own bed room. I may drive to a coffee shop that has cozy couch and fast Internet connection just to reply my email. I don’t mind to make documents inside the airplane, or build presentation slides during the transit between flights. With the meeting place technology from Cisco, I can have a meeting over the phone or share my desktop to present my design. With webex I can even take control my customer’s PC and use it to connect to the router console, and this can still be done even if he’s behind the firewall with private IP address. In summary, it’s the result that matters regardless of how it is delivered.

When I told my current boss several weeks ago that my time is up and I want to join a different team, he asked me which team I would like to go. Due to a good relationship and my sacrifice in the past to jump over to any pain-in-the-arse projects that seem to impress him, he offered me full recommendation and willing to call the next team’s manager to support me. What a great man. I’m so blessed and proud to have a manager like him. Even though I didn’t reply at that time but my mind actually had only one answer: to follow Jason Bourne’s path. 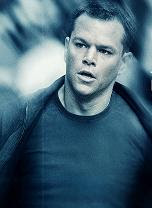 Jason Charles Bourne (real name David Webb) is a fictional character of Robert Ludlum novels and he first appeared in The Bourne Identity (1980). This novel was adapted for a film by the same name starring Matt Damon in 2002, and subsequent film adaptations for two other films, The Bourne Supremacy (2004) and The Bourne Ultimatum (2007). He’s a highly trained assassin, expert in martial art, can turn almost anything into lethal weapon, and travel many countries to do his task. And he always finishes his task without any question. Well, at least until he got shot and lost his memory. Once he discovered his true identity as a killer, he decided to change his faith even though he must face his previous organization that wants to get rid of him.

So I want to be Jason Bourne in many ways: highly skill, finish the task without question, travel around the world. All except the assassination stuff. I want to visit the places he’s been up to during his journey to discover his true identity. And I don’t want just to do so as tourist. I want to capture the requirements from the customers in Moscow. I want to assess the network in Madrid. I want to stand before the customers in Morocco to defend my design. Conduct the workshop in London. Give knowledge transfer in Berlin. And even it was not within Jason’s path in his movies, I want to be involved in large scale deployment projects in South Africa.

Sound too optimistic? Too ambitious?
Well, just consider it as a dream. A dream worth fighting for.

I have been leading high-risk migration projects in Vietnam. I stood in the middle of Petronas Twin Towers Skybridge during the project in Malaysia. I have done the 1st CRS implementation project in Singapore. I optimized the network for the largest mobile provider in Indonesia. I was watching the sunset from Taipei 101, world's tallest building, while doing survey in Taiwan. I pushed our hardware to the limit in Proof-of-Concept lab in Sydney. I conducted a training in Bangkok in a day, then took the flight to Hongkong to have my dinner. I helped my team when they were stuck in Philippine.
Even with all those, I still feel that it's not enough.

With those things in mind I applied to Cisco Advanced Services – World Wide Service Provider team that covers Europe, Middle East and Africa. I got phone interviews with the experts that have seen and done many projects that I could only imagine in the past. And they called me from various locations in EMEA: UK, Slovenia, Germany, Spain. I have a friend in that team who lives in Brussels. My new boss is based in Sweden. I may be based in either South Africa due to lots of projects there, or Dubai considering its location is in the middle of the team’s coverage. And, again, thanks God I have cleared all the interview process and got accepted in the team. So now I’m just waiting the transition process from my current team to the new one. Waiting with full of excitement. I don’t know what will happen next, I don’t know whether I can fulfill my dream and be the best among others, but it’s the opportunity to chase the dream that can make life becomes more exciting.

How about US? How about your previous dream to join the development team in San Jose? Well, as I said previously, I need my independency in working hours and ability to choose the place to work. So I’m not ready yet to give up those even to join the elite team who develops the high end router from Cisco. And until now I still can’t imagine myself to deal with interesting stuff but without any chance to face the customer directly. But it was your dream too, right? It was one of the reasons that kept you awake at night for years to try to catch up with the knowledge required? Yes, it was. And I may still chase it later. Perhaps one day, but not now.
As Juba said to his dead friend Maximus in Gladiator: I will see you again... but not yet... Not yet!

Let me be Jason Bourne first.
Posted by Himawan Nugroho at 10:52 PM 3 comments:

Email ThisBlogThis!Share to TwitterShare to FacebookShare to Pinterest
Labels: Experience

Not Only What You Know

Do you believe in numbers? Some people do. In China, the word for “eight” in Mandarin sounds similar to the word which means “prosper” or “wealth”. They really believe on this so even the Beijing Olympic was opened on August 8, 2008 at 8 seconds and 8 minutes past 8 pm. 8-8-8-8-8-8. Amazing. For me, I failed and passed CCIE lab both in August 13th. So it seems like the “unlucky number 13” can give me both failure and success. And where was I during the lucky day 08/08/08 yesterday? Ah, yes. I remember now. I was stuck in one of our priority customers due to some serious network issue.

Regardless, this week has been an amazing week for me. First of all, because I have just come back from a very special place in Saudi Arabia. Second, because couple of weeks ago I told my boss that I want to go beyond my current team, beyond my existing customers, beyond the South East Asia that I have been dealing with for almost 2 years. I started having a feeling that I’m already in my comfort zone, so I need to get out. I want to go to a bigger pond. And I know there is no certain future out there compare to what I currently have right now. But it’s the uncertainty that makes me feel alive.

So after I informed my boss, I contacted few guys I used to work with in the past. They are part of the practice team that develop the network design blueprint with broader coverage, and the team consists only architects and very senior consulting engineers. Lucky me, my folks provided recommendation and direct contact to their boss. Without further due, he arranged several interviews for me and this week, thanks God, I have done all the interviews and I got the offer to join the new team. I still can’t disclose which team in specific, but it’s still within Cisco. So please all of you from recruitment agency, stop chasing me with your offers to move to competitors! Everything I know about networking I learned it from Cisco, so I’m planning to stay here for a little while.

I must said that the interviews were quite difficult. Those folks are all very far beyond my skills and experiences. One has a very low CCIE number, most have done many large scale and complex projects, and all of them really know about the protocol and hardware architecture very well. Some asked about deep technical questions. Some interested to know about my past experience in detail. Some wanted to see my previous works. And the one that really help was the recommendation from my current boss, with a performance report of my activity since last year that is accessible by the new boss. Remind you this is the process to move internally from one team to another within Cisco, so you can imagine the process for outsiders to get into this team.

And here comes the main point of my writing today: one friend of mine told me once that to get a new job it’s not because What You Know anymore, but Who You Know. After what I have been through, I can’t disagree with that but I want to add: it’s Not Only What You Know. First, I need to have a contact for the job I want to apply, this is where the Who You Know takes part. Then, I still had technical interview so I still need to use What You Know. And last, my experience in the past, my performance report, and recommendation from my current boss mean What You Have Done in the past is counted as well.

So for those who don’t have contact in their next job, try to get one! And you still need to excel your knowledge for technical interview, I believe. And remember to get involved in high exposure projects and maintain relationship with your current boss. You never know one day you may need all three to move to your dream job.
Posted by Himawan Nugroho at 4:08 PM 3 comments: