I thought it was cool to be an MCSE.

The year was 1999. I didn't have any background in IT. I had just graduated and got my degree in Mechanical Engineering, and was struggling to get a job in that field. That's why I switched to IT, and the first thing I learned (FYI my previous computer skills were Warcraft and Doom) was Windows NT server and workstation. For someone without any IT background, Windows NT looked very interesting at that time! So I thought it was cool to be an MCSE, until I attended a CCNA course.

I thought it was cool to be a Network Engineer.

I felt in love to computer networking since the first day of CCNA training. I loved every moment during the 10-day course and in the last day I passed the CCNA exam. There were not many CCNA around during that time, so the certification landed me my first real job as network engineer early 2000. I thought OSPF was so cool, IGP redistribution was amazing, and BGP policy between different AS was an art. And I thought it was cool to be the guy who managed and monitored the corporate network, received customer calls and performed troubleshooting tasks almost every day, until I heard something about CCIE.

I thought it was cool to be a CCIE.

The company was crazy about CCIE. They spent lots of money to get the engineers certified. They sent several senior network engineers abroad just to take a complete CCIE training package. CCIE was the target for everyone. At that time I couldn't even imagine how difficult it is to pass CCIE, but I wanted to be one. I thought it was cool to be among the first who pass CCIE. Even I didn't get any training. Even I had to sleep at office and spent my nights studying. So then I passed one certification at a time, from CCDA to CCNP and CCDP. Until I passed the written test. I went for my first CCIE lab attempt in Brussels on August 2001. I failed. Then I passed in Tokyo a month later.

At that time, having CCIE made me the special one in the company. And it's eventually landed me a job with Cisco gold partner in Dubai early 2002. Without any interview. Not even a phone interview. The company sent the offering letter over email, and asked me to come immediately once I got my working permit. How cool was that? 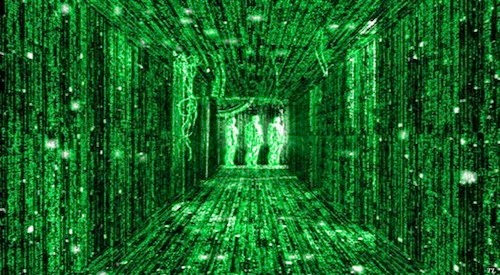 I thought it was cool to be a security expert.

Working in system integration company made me realize CCIE skill set is not enough. Even the company was a Cisco partner but we used to have projects where we have to deliver end-to-end system from network, servers, desktops, security, wireless and telephony. So I learned Unix/Linux and took Sun Solaris certification. I went deep with wireless using Planet3 certification and I used to perform wardriving on Dubai streets. I got more and more interested with network security. Not only I took several certifications like CCSP, CEH, CISSP and the one from Checkpoint and SANS, I also set up a home lab with all security tools and honeypots. I did lots of security projects, and I even helped customers to response for security incidents. It felt cool to know something most people don't know. It felt cool to be called a security expert by customers. Until the day I found out some students I caught hacking their university server, were expelled. I thought it was just a curiosity game, for someone like me or for those students. When things got serious and impacted people's life and future, I felt that it was not the right game for me. So I stopped pursuing career in security.

I thought it was cool to have multiple CCIEs.

It was 2005 and those who have multiple CCIEs lived like kings. People hailed them in Internet forum. Their profiles were shown everywhere. They were called the geek in computer networking industry. I wanted to be one. I thought if having multiple CCIEs was special, it may even land me a job in Cisco. So I spent my personal saving to build CCIE Security lab. I didn't want to continue working in security, but looking at my background that track was the closest. At the same time I grew interest in MPLS so I learned it with CCIP. It took me about 6 months and two lab attempts to become a Double CCIE. I was happy and confident my future would be bright. I was one of 600 multiple CCIEs out there. Joining Cisco would be like walking to the main door and getting the offering letter from the reception.

But, I didn't even get a chance for a job interview with Cisco.
I learned that skills and experience alone was not enough. Nor the reputation built over the years and track records of successful project. I left my job in Cisco partner, to comply with Cisco policy not to hire from the partners, but I didn't manage to get even a phone interview. I still needed the network. The human network. The connection. At the end one of my connections in Cisco put my CV through internal reference system. And after years of waiting finally I got in. In 2006 I joined Cisco Advanced Services APAC in Singapore. I still had to use my skills and experience to pass tough interview process, but the first fight was to get noticed. 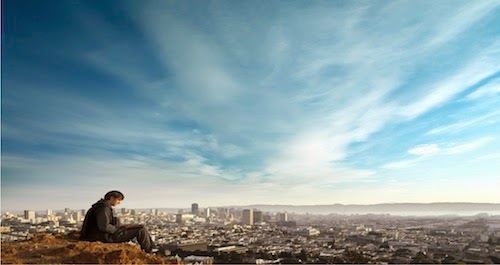 When I was in partner, I had a chance to work with Cisco AS Consulting Engineers in several projects. I was impressed with the way they delivered the work. I was amazed with the depth of their knowledge. Not only they know how to configure and troubleshoot the network like a CCIE, they also went very deep with the design, the protocols and hardware architecture. And some of them were not even CCIE. So becoming part of Cisco AS was the new cool for me. And I think it's still cool. Who doesn't want to work from the cafe, airport or even the side of hotel swimming pool? Who doesn't want to travel the globe to work with Cisco's large SP and enterprise customers? I like the feeling when I was leading complex migration projects in Malaysia, Vietnam and KSA. I felt accomplished when I was able to help the customers to transform their network. But other Consulting Engineers around me did pretty much the same. As much as I like to work anytime, anywhere, and to travel the world, these are no longer cool to me. They have become a norm. Daily activity.

Once again I used my connections, skills and reputations to try to move to a global team. I felt that I wanted more exposure. More challenges. I wanted to feel cool again. And after a tough interview process (yes, there is interview process even to move internally within Cisco), I managed to get into an NGN global team in 2008. I moved back to Dubai. The team filled up with senior Solutions Architects, they made me feel like the least experience in the team even I had my third CCIE in SP. We did many large scale and complex projects across EMEA together. 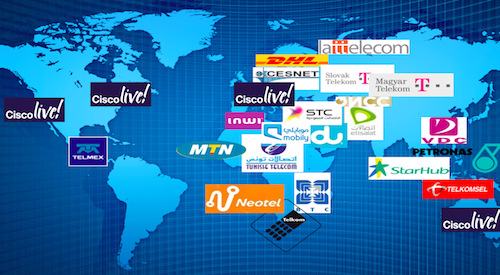 I like to redesign the whole network architecture for customer in Middle East. I like to design and transform the MPLS backbone for mobile operator in Africa. I like to create architecture blueprint, or build IPv6 strategy for customer in Europe. I like to discuss more about the new SDN, virtualization, network programming and Internet of Everything. But these days I want to have more business-oriented discussion. I like to understand more about customer's business challenges. I like to have more meeting with business leaders from the customer. And this is inline with my MBA study.

I think it's still cool to continue presenting at Cisco Live.

I think it's still cool see my name on Ciscopress book someday.

I would like to spend some time to write technical book, but it looks like the time has come for me to make a choice.

So those are my new cool. What's yours?
Posted by Himawan Nugroho at 10:04 AM

really nice post, is just like I feel... "I want to be cool". Good luck with your new challenges

Not sure if it is cool to "To hire people to execute them" :)

this article so inspiring me to be a network engineer